Pique macho or pique a lo macho is a dish that consists of homemade fries, steak, sausages, a bit of onion, tomato, hard-boiled eggs, and the touch that makes it pique macho, slices of Bolivian chili, locoto.

Very happy to have chef Valentina from What’s Cooking Valentina again on the blog.

Last year she shared with us P'esque de Quinua, a Bolivian quinoa stew that can be served with cheese or onions. She also talked about Bolivian gastronomy.

This time she shares with us a traditional dish from the city of Cochabamba, also known as the gastronomic capital of Bolivia.

This dish is a very popular picada or appetizer among Bolivians. A dish that is served and shared with friends after work, when you sit down to relax with a few beers.

The origin of this pique dates back to 1974, in the restaurant that was then called El Prado (Miraflores today) of the couple Honorato Quiñones Andia and Evangelina Rojas Vargas.

A dish created at the request of a group of customers who used to play cacho (a game of dice which rules are reminiscent of poker) for hours and wanted a dish for everyone to snack on as they enjoyed their beers.

The pilots of the Lloyd Aéreo Boliviano LAB airline attended the restaurant often, and it was them who baptized this dish with the comment, "This pique (appetizer) is for machos" due to the spicy flavor that the chopped locotos (chili) gave it.

The traditional recipe of pique a lo macho has diced and seasoned meat, sausages, fried potatoes, chopped tomatoes, and locoto.

Over the years, this recipe has had variations like added onions, sausages, chicken, cheese, eggs, and other ingredients.

(As an Amazon Associate I earn from qualifying purchases)

If you love spicy food and growing veggies, I recommend you get locoto seeds and grow it yourself!.

How to make it:

Start by peeling the potatoes. After cutting them, place them in cold water to avoid browning. Dry them well before frying them.

The potatoes are cooked or fried 2 times. The first time is to cook the potatoes and the second to give it the crisp that characterizes them.

After frying the first time, start cooking the chorizo and sausages in a pan with a little oil. Once cooked, reserve on a plate.

Use the same skillet to seal and cook the meat. Don't forget to season with salt and pepper.

Once everything is cooked, mix the chorizo, the sausages, the meat; add the fries and mix.

Place this mixture on a large serving plate, and finish the plate by adding onions, tomatoes, eggs, and chili peppers.

How can I measure the temperature of the oil without a thermometer?

Can I use frozen French fries?

Yes, you can use frozen French fries and follow the package directions.

Where can I buy Bolivian locoto?

Unfortunately, this pepper is hard to find outside Bolivia and Perú. But if your country has a Bolivian or Peruvian market, you might be able to find it.

How spicy is Bolivian locoto?

The spiciness of this pepper is closer to a Habanero pepper. On the Scoville scale of units spiciness, it is said to be 4 to 40 times spicier than a jalapeño.

Recipe and pictures from Valentina Arteaga.

Hello, I am Valentina Arteaga from La Paz, Bolivia. I’ve studied at Cordon Bleu and Basque Culinary Center. I’ve been a cook for approximately seven years gaining experience in various restaurants and implementing different projects in many places such as Peru, Spain, and the United States. If you can't find the Bolivian locoto, serve it with your favorite chili pepper. Calories are an approximation per serving. Each oil and potato absorbs fat differently. Chorizo ​​and sausage also vary in the number of calories they have. 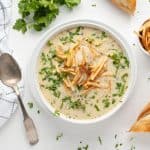 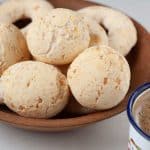